Guardian Dogs: a recent story of Active Defense from the village of Opi, in Abruzzi

Biodiversity or precipice; coexistence or fall! 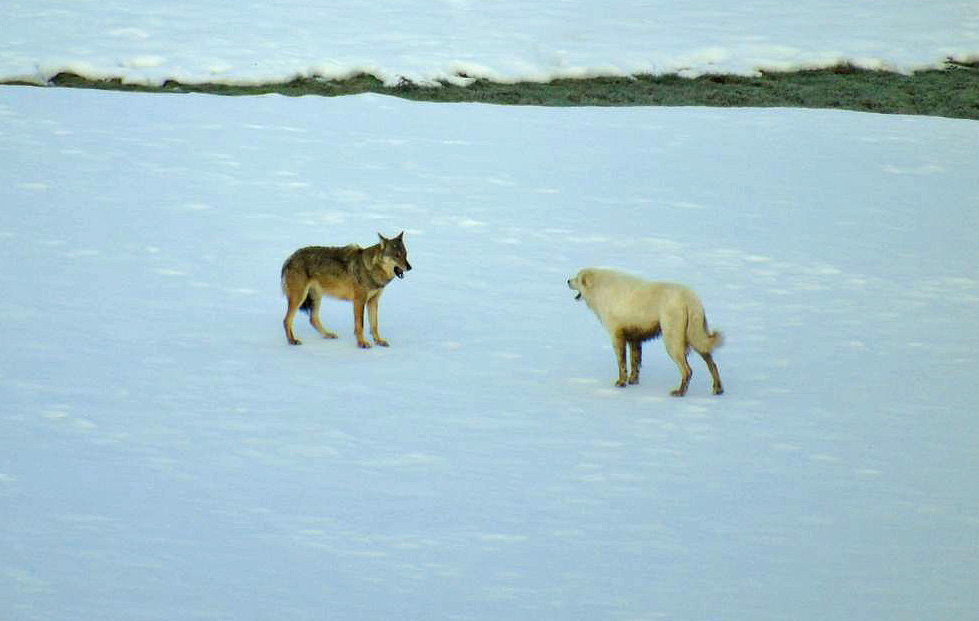 At the foot of Opi, a beautiful village resting on a mountainous spur in the heart of the National Park of Abruzzi, Latium and Molise (almost at the centre of the new ring of five steps of the Wolf’s Path 2.0) an episode occurred at the end of January 2019, with the Abruzzese Sheepdog in the lead role, a canine breed par excellence endowed with the ability to protect the flocks from wolf’s predatory attacks.

Always by the side of the shepherds in the Abruzzi Apennines, this big-sized dog, with its kind eyes, is able to face the excellent predator of these mountains with huge courage and physical prowess.

The story Secondino Cimini reported to us, having been a direct witness, is about this natural boldness, true value for the world of pastoralism, always been precious, in a land where transhumance once and the network of sheep tracks today are an economy of scale.

In this photo gallery, the four images below tell how Secondino Cimini lived with his dog Macho, the latter followed by a fellow adventurer.

The wolf Macho had to face, as Secondino reported, was member of a pack of about 6-7 animals, with the pack leader who had already passed the meeting point. Nevertheless, Macho got the upper hand over at least 4-5 wolves following the alpha specimen, showing great spirit of firmness and strength.

This episode underlines how fundamental the presence of the Abruzzese Sheepdog is as Guardian Dog, for the healthy and balanced coexistence between the pastoral economy and the wolf, both for grazing during the day and for shelters in the evening.

A direct ally for the Shepherd-Breeder and indirect for the Wolf!

A real Active Defence, of which from the Life MedWolf was born also an association of breeders enhancing this zootechnical management.