Surprising discovery in Canada: unearthed a mummified and well-preserved wolf pup of over 50,000 years ago!

From the permafrost of Yakutia (Siberia) the head of a giant wolf of over 40,000 years ago 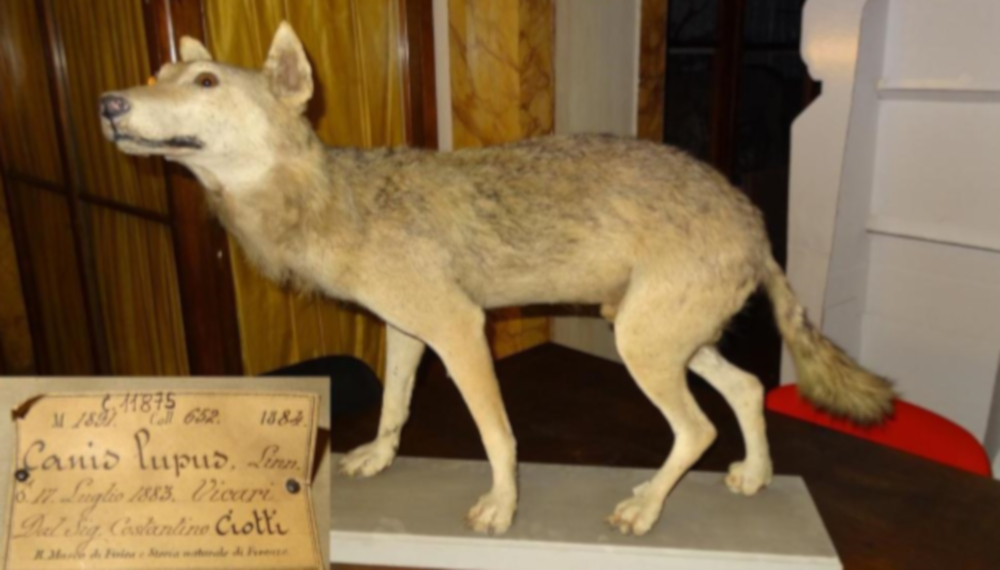 Between April 2018 and February 2019 two interesting scientific articles appeared with the aim of studying and proposing a new subspecies of Canis lupus italicus (Apennine Wolf), Canis lupus cristaldii, with the common name of Sicilian Wolf, the content of which was also been reported in a daily newspaper.

Extinct between the first decades and the middle of the 20th century, with a last specimen officially killed in Bellolampo (Palermo) in 1924, an important genetic heritage got lost, as it represented the only insular population of Gray Wolves in the Mediterranean area, and one of the historic island populations in the world, sharing this record with the only two other populations of Japanese Gray Wolf (Canis lupus hodophilax) and of Gray Wolf of Hokkaido (Canis lupus hattai), also extinct.

The extinction of animal species is a biological phenomenon which occurs quite frequently among island populations, due to the greater fragility of ecosystems and being more exposed to environmental changes and to human pressure made up of persecutions, fragmentation of their habitats and / or the introduction of invasive species.

So much happened to the Sicilian Wolf and the main causes of its extinction include the constant hunting committed by men in response to livestock damage, in addition to the disappearance of its favourite preys: the Red deer, the roe deer, the fallow deer, the wild boar (later reintroduced) and the otter.

In one of these two studies, morphological and morphometric differences of four Sicilian wolf specimens preserved in some museums of the Island and in Florence were measured and studied, comparing with data from the literature about Apennine wolves.

In the end, two peculiarities of this wolf have been pointed out: the smallest stature, due to the phenomenon of dwarfism which is typical of isolated species having been separated from the territory of the original population (at least 17,000 years ago, in this case, with the disappearance of the last land bridge between Italy and Sicily); the colouration on lighter brown tones, defined as “lionata” because it recalls the colour of Lions.

With the second study, also published in the journal “Zoological Science”, carried out on laboratory tests over genetic samples of mitochondrial DNA which had been extracted from the bones and teeth of the specimens preserved in museums, the group of researchers gathered further evidence of their specificity.

In conclusion, the scholars of these two studies, working on the collection of genetic, morphometric and morphological data they had collected, observing these differences with the Peninsular Species of Apennine Wolves, suggest to consider the Sicilian Wolf as a valid subspecies deriving from the one of the mainland.

The scientific name “Canis lupus cristaldii” was proposed (Angelici & Rossi, 2018) in memory of Professor Mauro Cristaldi (1947-2016), a scholar of Mammalogy (Theriology) and Comparative Anatomy, who also worked extensively on the island.