From the permafrost of Yakutia (Siberia) the head of a giant wolf of over 40,000 years ago

A Wolf’s Path 2.0 to combine adventure and knowledge 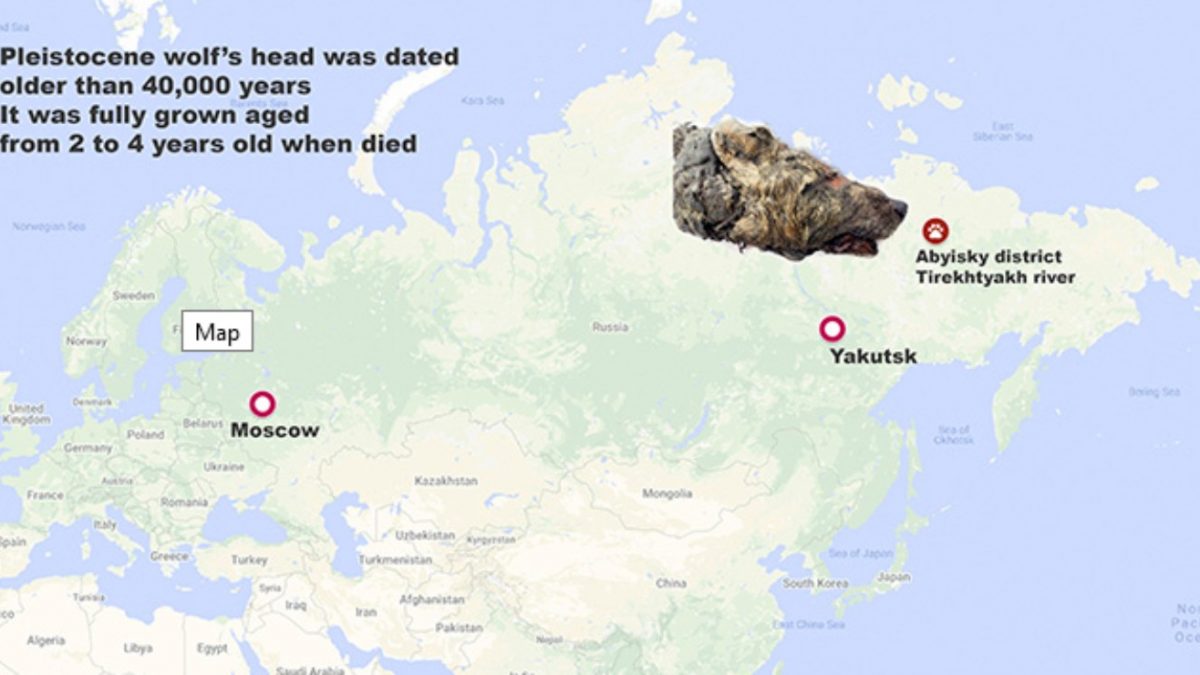 We read and report from the newspaper The Siberian Times that in the summer 2018, an exceptional and unique discovery was made on the banks of the Tirekhtyakh River, a tributary of the Indigirka, in the Abyisky district in northern Yakutia (Siberia): the head of a giant wolf still perfectly preserved that Japanese scientists have dated over 40,000 years ago, in the Pleistocene geological period. 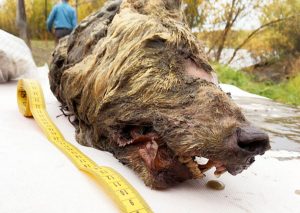 A well preserved brain and above all the teeth have allowed us to define also the age of the animal when it died, which was between two and four years.

The impressive size of the head, about 40 cm, is equivalent to half the size of the entire body of a current wolf!

A discovery that, from the opposite bank of the Bering Sea, is coupled with the one of the puppy mentioned in our other article, which we recommend you to read.